The City of Guelph is nearing the completion of Phase 2 of the Clair-Maltby Secondary Plan Study.  The Study’s current recommendation currently puts 40% of the area, comprising significant wetlands, woodlands, wildlife habitat, and groundwater recharge that has already been designated as part of the City’s Natural Heritage System, at risk of significant negative impact. The study was intended to help Guelph plan the last greenfield area remaining within the city, by establishing an appropriate range and mix of land use designations to support future urban growth. The study area is over 520 hectares and is located in the southeast corner of Guelph and is bounded by Clair Road to the north, Victoria Road to the east, Maltby Road to the south and the eastern limits of the Southgate Business Park to the west. More information on the study can be found here: City of Guelph: Clair-Maltby Secondary Plan 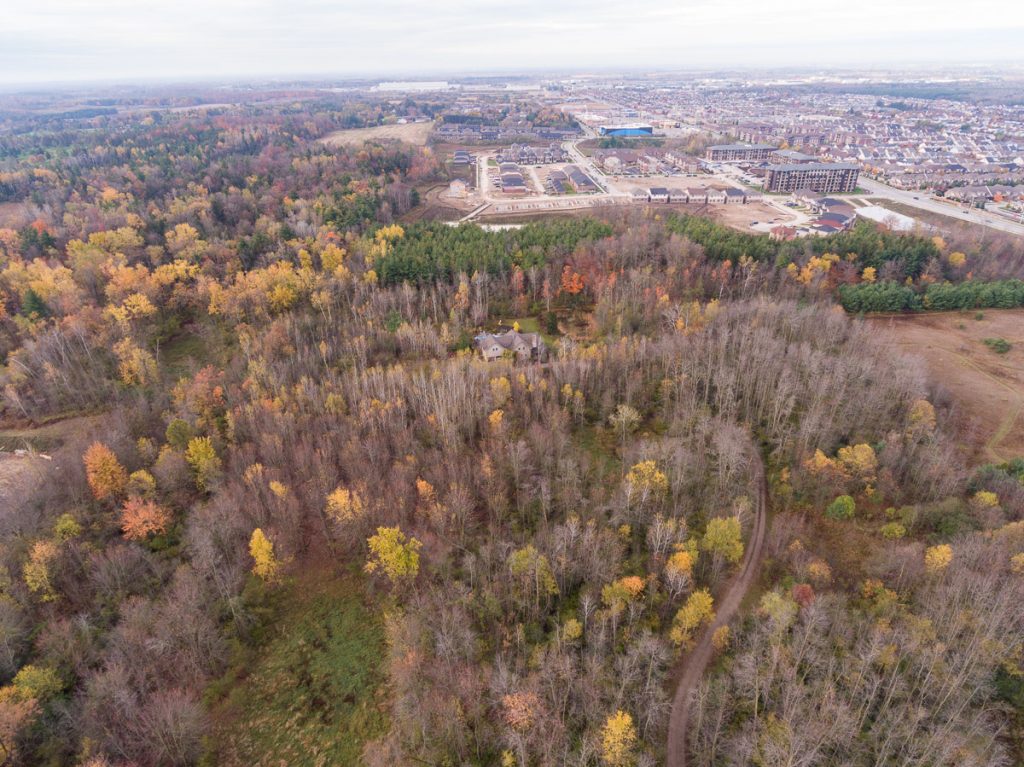 On Tuesday, April 3, City staff presented three varying land use alternatives to the public, ranging from Alternative 1, Featuring on the Green (supporting approximately 10,000 new residents) through Alternative 3, Connected and Urban (supporting approximately 21,000 new residents). The public’s input was received through several hours of design charrette on April 3, 4, and 5.

By Monday, April 9, City staff had finalized the recommended land use plan to represent the highest-intensity Alternative 3, ignoring the priorities of Alternative 1 that were preferred and promoted by Nature Guelph in our comment letter. This land use plan, once implemented, has the potential for very significant impact to the integrity of the wetlands, woodlands, wildlife habitat and groundwater recharge.

How You Can Help

The recommended land use plan is now under review by City Council, who will vote in late May whether to accept and move forward. Contact the mayor and your councillor (or all of them!) to let them know that members of Nature Guelph do not support the recommended land use plan with its very significant negative ecological and hydrological impacts! If you wish, here is some draft text to help prepare your letter:

I am a member of Nature Guelph because of my interest in and passion for natural spaces and species within our City. Regarding the ongoing Clair-Maltby Secondary Plan design exercise, I would like to register my concern with City staff’s current April 9 recommended land use plan.

The Clair-Maltby Secondary Plan area holds the most significant and sensitive natural features remaining in the City. I believe it is imperative that the land use plan prioritize their protection. The designated Natural Heritage System (NHS) components include significant wetlands, woodlands, wildlife corridors and groundwater recharge areas, and land uses should be planned with the goal of minimizing impacts to the NHS to the greatest extent possible. Inevitable impacts of the Clair-Maltby Secondary Plan area development include: disturbance to wildlife from noise and light, predation of wildlife by pets, increased wildlife road mortality, vegetation degradation and the introduction of invasive species. Consequently, I believe Council should accept a lower population target in order to minimize these effects to the extent possible, by planning lower density development throughout the plan area, and a concentration of higher-density and commercial uses along the already-disturbed Gordon Street corridor.

Furthermore, I believe it is critical that the arterial roads shown in the recommended plan as bisecting the wildlife corridors of the NHS be removed. Placement of transportation infrastructure in the NHS east of Gordon Street threatens the integrity of the Hall’s Pond Provincially Significant Wetland Complex, and is contrary to the City’s Official Plan policies.

Finally, the last year of ecological and hydrological field data collection must be finished and compiled before staff can reasonably recommend a land use plan.

Councillor, I urge you to delay approval of the Clair-Maltby Secondary Plan until the staff’s recommended land use plan is revised to reflect the final seasons of field data and the extraordinary ecological and hydrological significance and sensitivity of the plan area.